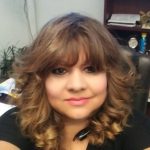 Brenda has a Bachelor’s Degree in Business with the concentration on the public sector. She has years of experience with the development process of various programs, and the compliance segment stemming from an extensive background, from working within the nonprofit sector. Her passion is helping the community. Her belief is that people need people. People coming together can be powerful. She wants to see “Important things happen by growing relationships and collaborating with others to help meet the needs of the community”.

Phyllis has 31 years of experience in non-profits as a program manager and quality assurance monitor for several Federal and State funded programs. She has managed 4 million + a year in revenue for these programs. These programs were working with USDA Child and Adult Care Food Program (CACFP), NM Supportive Housing and other federal programs.

She loves to help the client and is very dedicated to get whatever services she can for them. She also has raised 4 daughters as a single mom and is now enjoying watching her 12 grandchildren grow up. 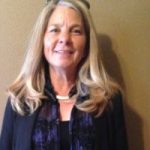 Dee Burns is the Business Owner of A.L.I.V.E. and the Founder of Bridge to Success. She is an exceptional woman, with countless talents. She is a tireless advocate for the clients she cares for. She has an excellent understanding of their challenges and needs. Ms. Burns has worked 30 + years in the mental health field. Her dedication to this field has brought a better place for others to live in, because of her passion she wants to see Bridge grow strong, to better help those of need. 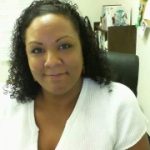 Shannon Maxwell grew up in New Mexico and has spent more than 20 years working in New Mexico communities.  She has spent much of her career working in the non-profit sector providing supports, services, resources and training to the neediest communities around the state.  She has a Bachelor’s degree in Family and Consumer Science with an emphasis in Human Services from Eastern New Mexico University and a Master’s degree in Adult Education and Training from the University of Phoenix.  Shannon has a great deal of experience, both personally and professionally, working with individuals with disabilities and other special needs. 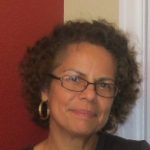 Miriam Brettner retired from HELP-New Mexico in 2016. She was the Agency’s Human Resources Administrator for 13 years.  Ms. Brettner received her bachelor’s degree in business with a concentration in Human Resources from UNM’s Anderson School of Business.  She also obtained the Professional in Human Resources (PHR) certification from HRCI and SHRM-CP from the Society of Human Resources Management.  In her capacity as HR Administrator, she provided training to management on HR related issues and current regulations, women returning to the workforce, and newly formed non-profits.  Her skills include mediation, internal inquiries, policies and procedures, interviewing, and state and federal regulations.   In her capacity as HR Administrator, Ms. Brettner oversaw the daily management of HR for approximately 220 employees. 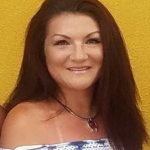 Maxine Padilla (Max) grew up in a small town in Northern New Mexico, outside of Las Vegas. She has a B.A. in Leisure Services and Marketing from New Mexico Highlands University. While in Northern New Mexico, she taught Folclorico dance to children for over 18 years. She worked for the Las Vegas/ San Miguel Chamber of Commerce as an Event and Membership Coordinator. She later worked for the City of Las Vegas as the City Event Coordinator. During her time in Northern New Mexico, Maxine worked with National, State, County and City Events, as well as Educational, Health, Sporting, Legislative Events, and local Fiestas. She worked closely with Film Scouts and Movie Directors on films being filmed in and around San Miguel County. On her spare time, she volunteered as a planner for fundraiser’s, weddings, and birthday parties.

Maxine moved to Albuquerque where she worked in Sales and later worked with a non-profit. She and her partner, Jessie opened up Lucky Thirteen’s Barber Shop where she used her event coordinating and networking experience to grow the business into a successful Barber Shop. She currently sits on the board for the Kutz 4 Kidz Event as the Coordinator with the Barber’s and Stylists. She continues to donate her time coordinating fundraisers around Albuquerque.